The opening event of the 2017 GC32 Racing Tour, one of the most demanding circuits of foiling catamarans in the world, is just two days away. Now in their third season, Team ENGIE, led by Sébastien Rogues, are setting their sights higher, aiming for a place on the final podium. The tone is set and over the course of the five events on the circuit’s calendar, Team ENGIE will certainly be an opponent to watch.

Team ENGIE during training (©Jesus Renedo)
From Thursday 11th to Sunday 14th May, ten teams (three Swiss, one American, one Japanese, one Monegasque, one Argentinian, one from Bermuda and two French) will open the 2017 GC32 Racing Tour season on Lake Garda in Riva, Italy. Sébastien and his loyal team: Gurvan Bontemps, Jean Baptiste Gellée, Antoine Joubert and Benjamin Amiot, are all eager to get back on board. “We are really looking forward to the competition. Our upcoming season on this racing circuit starts in a few days but we’ve already had the incredible opportunity to sail with our ENGIE boat at two events in Oman this February and March for the GC32 Championship and Act 1 of the Extreme Sailing Series. We sailed a great deal and I must say that we could never have done this with the conditions we have in France over the winter period. Sailing a total of 43 races against the elite of the discipline and the best helmsmen in the world has provided us with a real advantage and an incredible source of learning. Thanks to all the hours we’ve spent on the water, I’m certain we’ve ramped up our level. We have a clear objective for 2017, we are aiming to finish on the overall podium with hopefully some great victories in the various events”, confided the skipper from La Baule.

With a consolidated sailing crew and efficient and meticulous onshore team, Team ENGIE will be the only professional French crew on the GC32 Racing Tour this year (Robin Follin’s Team France Jeune will only be competing in Riva to help prepare for the Red Bull Youth America’s Cup), with Franck Cammas busy on another major challenge, the America’s Cup. If Sébastien Rogues is able to stay focused on his own race, the former offshore racer will no doubt do his best to perform well on the different legs: „It has been confirmed that we will be the only French representatives. I am not putting any pressure on myself, but it would be fantastic to represent ENGIE and France with flying colours. Returning to the team, everyone has worked very hard, either on his or her own or on the boat, which only came back from Oman 10 days ago. There is real group cohesion and even ashore, Julien Grancher has done an extraordinary job to provide us with the best possible platform for racing and getting good results“.

The 2017 season starts in Italy on Lake Garda and then heads to the south of Sardinia. The port of Villasimius will host the GC32 Racing Tour from Wednesday 28th June to Saturday 1st July. The competition will then head to Spain and Palma de Mallorca from Wednesday 2nd to Saturday 5th August for the third event. The fourth will be held in Calvi, Corsica, from Wednesday 13th to Saturday 16th September. Marseille will host the last event of the season from Thursday 12th to Sunday 15th October.
Sébastien Rogues, Gurvan Bontemps, Jean Baptiste Gellée, Antoine Joubert and Benjamin Amiot will have to demonstrate clear thinking in the first few races, because on this circuit the only way to reach the podium is through consistency at the highest level.

With a fifth place finish in 2016, 7 points short of the podium and valuable experience gained, Team ENGIE now has the cards in hand to make this new edition their year. This is their chance! 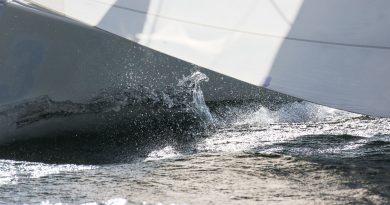 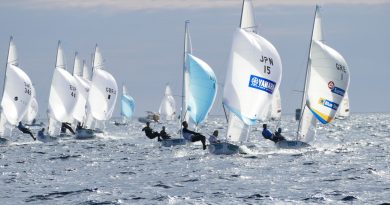