For the fourth time, the awards ceremony took place on the main beach in Les Sables d’Olonne. About 100.000 people attended the 1h30 show, where they were able to see on giant screens (over 500sq meters) the most beautiful images of the Vendée Globe and a 15 minutes retrospective film of the race.

For the first time, images of the film “En Solitaire” were presented with the exceptional presence of the main actor François Cluzet.
The show ended with a huge ten minutes firework.

FRANÇOIS GABART IMMORTALIZED ON THE REMBLAI
May 11, 2013 was a busy day for François Gabart. At 5pm, the sixth winner in the history of the Vendée Globe has left his fingerprints on his “Walk of Fame” plate, just like the five previous winners did before him (Titouan Lamazou, Alain Gautier, Christophe Auguin Vincent Riou and Michel Desjoyeaux twice): a strong moment for the youngest winner of this event, surrounded by some of his predecessors and several competitors of this year edition.

Photos and videos available in press area of vendeeglobe.org

This seventh edition of the Vendée Globe has been phenomenal and passion was there, both in France and abroad. There are tens of thousands of people here tonight; they illustrate the extreme excitement surrounding this race. I wanted to thank François Cluzet to be with me for the awards ceremony, and Christophe Offenstein, film director, who presented the first exclusive pictures of “En Solitaire” which will be released on November 6. This film shows that the Vendée Globe is much more than a race. It is a legend, a myth. I’ll see you on Saturday, November 12, 2016, for the eighth edition of the Vendée Globe!
Bruno Retailleau (President of the General Council and the SAEM Vendée)

I still cannot realize … I saw so many people during three months, including tonight. What I know is that I realized my dream and I also made people dream. Especially since I was not expected at this stage. It’s a great surprise for MACIF too. I do not know why, but I had to do this Vendée Globe, I needed it. And now that it’s done, I’m very happy. I hope to be back one day.
François Gabart (skipper of MACIF, Vendée Globe winner)

The fight with François and the others was very intense. But once again living this adventure was something beautiful. My best memory was to see this crowd welcomed me after my world tour. These images will remain forever, that’s the Vendée Globe magic.
Armel Le Cléac’h (skipper of Banque Populaire, second place of the Vendée Globe)

I spent ten long years running after the Vendée Globe. I wanted to thank my sponsor, who stayed with me despite two disappointments. But these failures have made me stronger. I’ll be back in four years. Alex Thomson (skipper of Hugo Boss, third place of the Vendée Globe) For me, the Vendée Globe is the cherry on the cake of these months of preparation. Looking for success is always fabulous. This race is very special; it is a privilege to cross the finish line.
Jean-Pierre Dick (skipper of Virbac-Paprec 3, fourth place in the Vendée Globe and winner of the Fighting Palm)

This is an amazing race and it’s really something to be part of it, especially with Initiatives-coeur. Thanks to the support of the public, 19 children were saved and thanks to the Sodebo Emotion Palm €10.000 reward another one will be save soon. Tanguy de Lamotte (skipper of Initiatives-coeur, 10th place in the Vendée Globe and winner of the Emotion Palm) The shooting was very impressive and we were 18 on board. It was both an artistic and a human challenge. We wanted keep the race spirit. We had the chance to be very well supported by the race directors and the skippers. The goal was to make an authentic and spontaneous film. It was a really great adventure.
François Cluzet (Main Actor, “En Solitaire”) 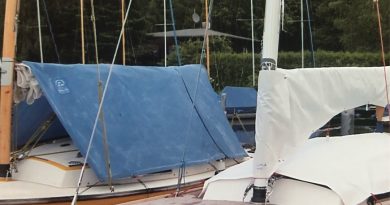